Just another day as a parent

Life has been so busy!
Today, though, was busier than most.

My two 'teens' are in middle school.  Which means a 1/2 hour bus ride to the nearest city, for the first time in their school experience.
I should add that it is currently -20ish celcius.

I don't know what everyone elses' children are like, but mine like to sneak out innapropriately dressed. (big sister is too cool to dress warmly and NSLM takes a month to change gears when it comes to outdoor gear).
Not that their lack of winter jackets has anything to do with this post-I was just sayin..

Anyways, I work full time these days (hating it) but NSLM had a speech/BI appt after school so I left early, ran to pick up the baby, then made the trip into town to pick up the kids to take NSLM to his appt and hang out with Big Sister.
This is a weekly routine.  Without fail.

Except, when I get to the school, Big Sister is not there.  The ladies in the office tell me that the THINK she was in class today.
Staying somewhat calm, I explain, in small words, that THINK is not acceptable.  I want to know for sure, you see.  I also request that they find out if she got on the bus.
The lovely ladies try to page the teacher and hand me the phone.  The lady on the other end tells me that Big Sister is NOT on the bus.
Not so calmly I explain that she might want to be very sure, as my next  call is going to be to the RCMP and if she is on teh bus they will get to explain to the media and teh police WHY they didn't know it.
She double checks.
Yup! She is on the bus!

I quickly make arangements for my ex husband to pick her up, as she doesnt have her housekey (and it is frackin cold!).

NSLM turns to me, as we go to the car, and he grins.
"Interesting how you worry more about me, but it is Big Sister that isn't where she is supposed to be"
I laughed, agreed and on our drive to the therapists it really sunk in.

He is right.
I DO worry more about him.
Yet...
He is so very reliable.  He does not ever break the rules.  He is always where he is supposed to be.  He makes the best choices he can ( considering his inability to understand abstracts until explained).
How about that?

Hugs and Laughter,
Posted by Angel at 7:54 PM 5 comments:

Where the heck is that magic wand... Rambling about early interventions

I have Google alerts for autism in the news which led me to THIS article.

Reading  it made me take another glance at the first five years of NSLM's life.

Is what Big Sister did on a day to day basis early intervention?  She forced him to interact with her by simply refusing to be ignored.  She stuck suckies in his mouth, gave him toys to hold, babbled at him constantly.
She would pet him, cuddle him, kiss him and pinch him (Not that we allowed the latter!)

They are one year, one week and 4 days apart in age.  She is outgoing, pushy and demanding.  He is laid back, quiet and as far from aggressive as one human can be.  He didn't have a chance.  In fact, it was not until a copule of years ago that he began to tell her no.  Until then he was her agreeable play partner, easy to boss around and most certainly did not interject with his own desires or opinions!

It used to drive me crazy, but looking back, I wonder.  Did that level of contact that he had with Big Sister help?  Was having a sibling so close in age more of a blessing than I realized?

Was Big Sister the magic wand that accidentally taught him the social basics?

hnmmm... Maybe I can rent her out?

The Not So Little Man and the Musical Adventure

NSLM has been taking guitar lessons for a couple of years now, which is in itself startling if you had been around when he was under 8.  In those days the slightest and quietest of musical sounds were met with screaming, fit throwing and general meltdowns.  I exaggerate, a bit, but I do remember that Little Man did truly detest music.  He outright refused to have anything to do with the kindergarten singing and dancing.

Now, we have a new music teacher here in rural town.  A wonderful teacher, a bit eccentric, who plays a multitude of instruments (and has these instruments in his music studio) as well as recording equipment.
Big Sister looovveess to sing and as such has been a protege of this teacher.  She goes for an hour or so each week, while NSLM seems to enjoy 1/2 hour per week.

As focused as we all were on Big Sisters singing ability and recordings, we were completely unprepared for what happened with the instructor began to quiz the NSLM about his musical interests.

I had the pleasure of watching a seasoned music teacher get excited about a student.  (If Mr. Teacher's frantic darting glances at me with his eyes as wide as pie plates was an indication of his excitement, lol).
He had NSLM take the sticks and copy a single beat on the wide cymbal.  NSLM did this.  Stopped.  Looked thoughtful, then did it again, but this time with a stutter (two taps per stick at a time).
He held the rythm perfectly.
While I was a bit surprised at how comfy he was with the drumsticks, I was not startled by his ability to keep a beat.
The teacher showed him how to sit at the drum kit, then started orally giving instructions.  It took about 5 minutes to have NSLM playing with both foot pedals, the high hat and the smaller drum.  He was able to move all four limbs to order, hold the beat indefinately.
I thought the instructor was going to come unglued.

So good right?
Except... My house is 900 sq feet with two adults, two teens and a toddler living in it.  I do not have a garage.
The instructor has a 'low end drum kit' he will let us use, but I would need to get the high hat, food pedal and chair to go with.
AND
A place to put these things.

Next monday I am going to photograph him playing.  It is a must see.
Posted by Angel at 11:06 AM No comments:

Autism does not equal silence

I know I haven't been very loud lately (if ever I was really 'loud' lol), but this whole silence for autism thing has really irked me.
I have a wonderful ASD child, whom is 12.45 years old.  He is well able to speak although he falters if you want to talk about feelings, relationships etc.
He loves the internet, started a blog and quickly decided to create his own website and online record of 'things'.
How is ignoring social networks helping him?
How does being silent online give me an inkling of what it is like to be my son?

I think it takes away from the hard work autistic persons do to live in a world of NT's.  In my jaded opinion, shutting down our social networks for a day is a slap to all those who rely on these sites for the majority of their socializing.  What a slap to the autistics, like my son, who use the internet to share thoughts, reach out to others and gather information on all sorts of topics, including social interaction.
Yes, let us show our support by refusing to use the internet to socialize.
Sigh..

I am also confused about silence raising awareness of anything.  Part of the fear people have of autism is that for too long people who have a loved one with autism were being quiet.  So many adults over the age of 30 are in denial of what ASD represents because they did not grow up knowing about autism, or knowing a person whom was autistic.

Thanks in large to the internet information is being shared far and wide, (not always accurate information sadly).

Being silent is not going to teach me anything about autism or give me insights into my son's mind.
Asking questions, sharing information and being upfront and honest will get me much farther. 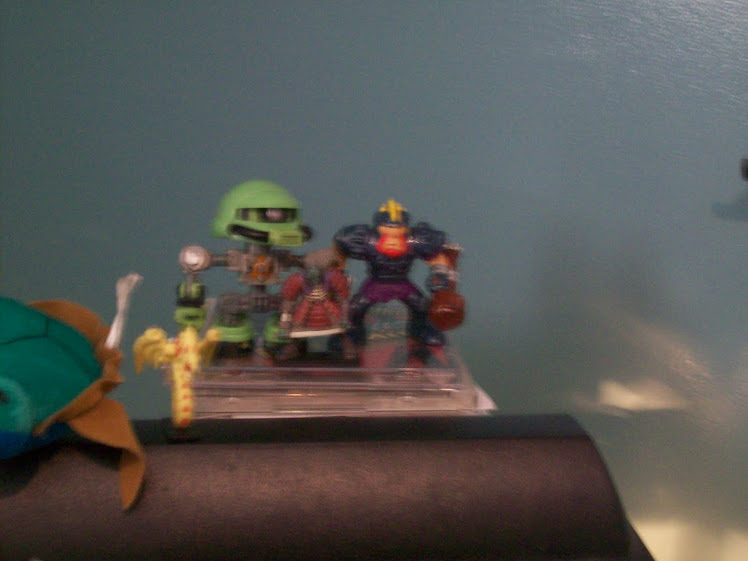 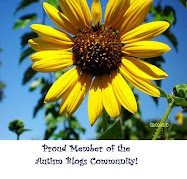